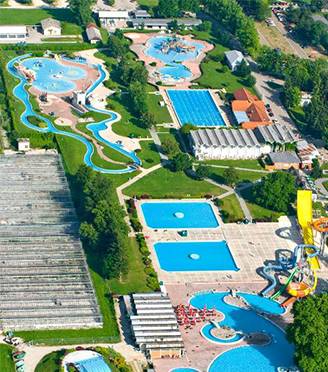 Due to spatial, organizational and logistical reasons, the Chess Association of Slovenia decided to transfer the European Team Chess Championship from Terme Olimje to Terme Čatež. The championship will thus be easily accessible due to the short distance from the highway.

The championship was supposed to be held in Podčetrtek between 17 and 30 May last year, but due to the regulation around the new corona virus, it was postponed to November, with the proposition of the European Chess Federation (ECU). A larger number of visitors are also expected, as there are not many tournaments organized in the current situation, announced the EC general manager Nina Rob.

The organizer will provide bus transportation from Zagreb, Croatia airport to hotels for all participants on November 11th as well as the departure transfers on November 22nd. The price is included in registration fee. If any delegation should arrive one or two days before the competition or leave later the same service will be provided.

The cost of travel from Ljubljana airport to hotels (105 km one way) is 60 Euro (both ways) per person.

Players using private transport arrangements and who clearly indicate this in their registration form will be fully responsible for any problems they experience during arrival or departure.